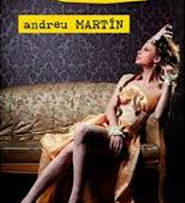 Up there, on Tibidabo Avenue, where the old Blue Tramway runs, among the modernist and imposing villas is “El harem”, an exclusive brothel, which was already very popular during the Franco era. The most luxurious in the city: golden doors, coloured stained glass windows, curtains and tapestries, it multiplies hidden refuges, elegant clandestine rooms and secret passages. As secret as the mysteries surrounding the colourful characters of the place. Mili Santamarta, histrion and sole heir to family secrets, manager of the club her missing mother owned, receives the news that her body was found with two bullets in her neck. Assisted by his adoptive mother and right hand of the brothel, Sancha (whose son had been murdered years earlier), he undertook to shed light on the facts that led to his mother’s disappearance and to try to mourn by knowing the truth. His path will be punctuated by surprises, disappearances, traffickers of women, satanic sects and voodoo rituals, sadomasochist clubs, which also constitute the flesh of Barcelona.