Home » Everyone Will RememberYou 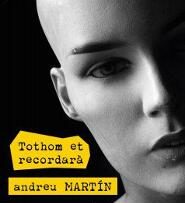 A few months after the Jihadist attack on Barcelona’s Ramblas, and with days to go before controversial regional elections, the lifeless body of National Police inspector Santiago Ortuño appears in the port, between concrete blocks and a raging dark sea. Weeks earlier, Ortuño, an inspector who had been less relegated to the Foreign Brigade, had been visited at the police station by the fascinating vocalist Leire Alfaro – also called Dorothy Gale – with the aim of applying for a residence permit for Abduh Fayad, a Moroccan electrician who works in the suspicious business of the Shaddad brothers and with whom she has a relationship. Instantly, Ortuño will fall under Leire’s spell and, in his eagerness to conquer her, will meddle in a crucial anti-terrorist investigation carried out by the Mossos d’Esquadra in the Raval district, with a focus on the Shaddad shop.