Home » A traveller in Central Asia. What’s left of the world

A traveller in Central Asia. What’s left of the world 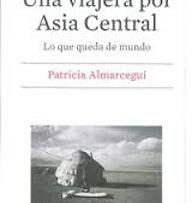 Very little is still known about Central Asia in the West; travel books written by a woman about these regions are rare. In 2007, Patricia Almarcegui travelled alone through Uzbekistan and Kyrgyzstan for two months. Tashkent, Samarkand, Bujara, Jiva, Fergana, Osh, Biskek, Karakol…, magical names that invite you to dream and fantasize. This trip was seen as the continuation of a journey that had begun in Morocco, Egypt, Syria, Lebanon, Jordan, Tunisia, Yemen and Iran. It draws an imaginary line linking countries with a Muslim majority in order to understand the stereotypes forged by the West on this East and to confront them with reality, her reality. In her travel experiences, she has thus built her own East, a living and dynamic East, an East that is nevertheless always imagined.

The myths of the Travel. Traveling aesthetics and culture

A traveller in Central Asia. What’s left of the world

The Painter and the Traveller’s Woman