Home » The Other Part of The World 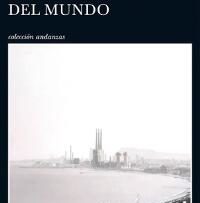 The narrator of this novel, a character suspiciously similar to the author, needs to dive, as if it were a patient archaeologist, in the most significant facts of his past, after a critical and decisive episode that will mark him for the rest of his life; a change of vital panorama that comes to him in his stage of maturity, and that forces him to rethink all the certainties sheltered until now: his passion for some of the most representative writers of twentieth-century literature, the need to write in order to understand what he experienced, the curious obsession that has haunted him since he was a child to travel or the importance of personal ties.