Home » The End of the Cold War 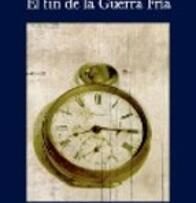 “[…] this narrative goes far beyond the political statement and the redistribution of the cards of power: in reality, it turns them around and asks us to judge what is really going on in everyone’s head. “Albert Bensoussan, En attendant Nadeau (french)

The End of the Cold War unfolds the parallel stories of three characters, Dona (flight attendant), Tomás (young Barcelona native) and Zheng (young Chinese). The reader is immersed in their lives, which have in common the uprooting, the feeling of strangeness and alienation in a world they do not understand; despite this, these characters are animated by a life impulse that pushes them to seek a space of their own. We follow Dona, Tomás and Zheng, who drift without diving, who take us into their waters. Barcelona is the crystallizing place where their lives meet at a point, in time and space. What is going on at this crossing? How do the city, daily or exceptional events, affect the course of their lives?
This polyphonic novel is a literary work of a masterful composition that leads to a surprising end, a firework display mixing sublime and intimate emotions, very cinematographic in style (the three parallel lives that intersect at one point are reminiscent of the Mexican director Iñarritu’s Love Dogs), it also offers a committed analysis of modernity and our civilisation. It has been compared to the Don DeLillo’s novels.

“With this debut work, and with an eye on the great tradition of American realism (DeLillo, Roth and Franzen appear as transvestites), Trejo begins a personal process of renovation of Spanish realist literature, far from the hackneyed costumbrismo and with an important degree of sophistication”, Robert Juan-Cantavella, The Barcelona review. com